I know this post is rather late for the aptly named “Swan Song” in which all the characters went to Hell at the end of it and a lot of fans have treated it as the last episode they will ever watch. I almost didn’t write anything about this episode, because it was just so terrible that I didn’t think I could formulate my annoyance and disappointment into anything that resembled words. I thought about writing a good and bad things post where the good was evil cleavage and the bad was everything else, because that was how I feel about it. Once Upon A Time is sometimes my least favorite fandom to be a part of because everyone gets really mad at each other and mostly nobody agrees with one another. I used to ship Rumbelle before it devolved into Rumple being an abusive manipulative asshole and it destroyed Belle, one of my favorite Disney princesses from my childhood.  But my Rumbelle friend and I agreed because she got fucked over by the writers and creators just like me, all of SWEN and any fan of the same-sex pairings on this show have been since, well ever. 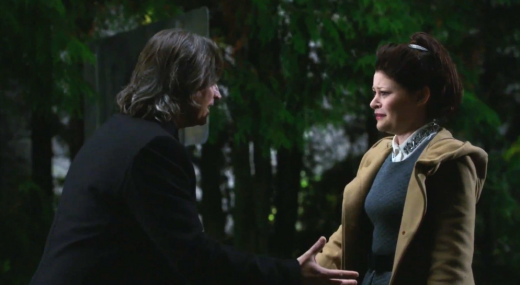 So where do I even go from here? Do I explain how the show barely hit the 12 things I hoped to see this half season? Do I do a quick sum up of how it has destroyed ever strong female characters? Actually, let’s do that real quick:

She used to be a badass bail bonds person with a shady past and a strange relationship with her parents, who didn’t know they were her parents. Then she was the sheriff who kept saving the Evil Queen/Mayor because her son she was forced to give up for adoption wanted her too. She then become the only person to see that Regina had changed and was becoming a hero too. But, she isn’t nearly as cool, sacrificed everything for her boyfriend she has zero chemistry with and is bringing literally everyone she cares about into Hell to save him after he tried to destroy literally everyone she cares about.

Does anyone remember when this show didn’t humanize its villains the moment they were introduced? Remember when it waited 18 episodes to give us “The Stable Boy” and Baby Braids Regina? And suddenly the hard ass villain had more complexity and was even greater? I will give the show some credit for spending most of last season turning Regina into a hero. Though she has actually been a hero since the end of 2A when she nearly got herself killed to save Emma and Snow because Henry wanted her to. Now, if she could just drop her constipated beard. 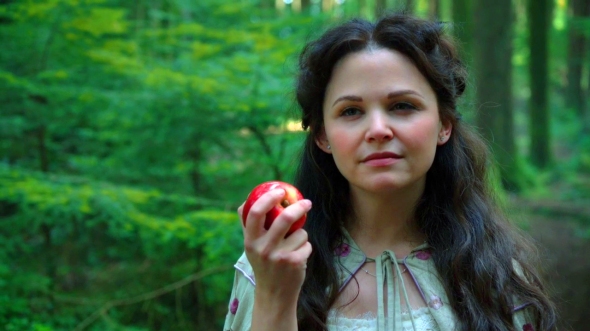 One time in 2012, I was trying to sell this show to my sister but telling her it made Snow White a badass. She then watched an episode of season four with me and asked me WTF I was talking about. And I didn’t even know how to explain how Snow went from a badass to the horrible, whiny ass mom that she is now. 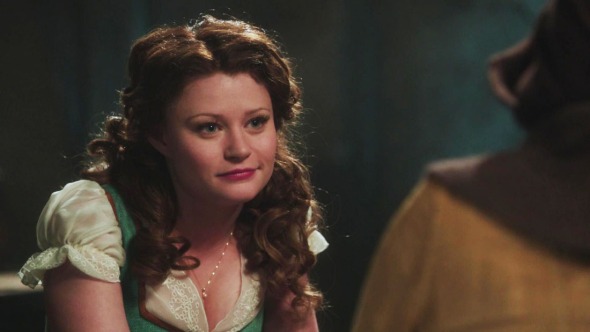 I feel like I shouldn’t even give the show any credit by saying Belle is a hard character to handle because most of the original Beauty and The Beast is dependent on the Stockholm Syndrome of Belle. But, this is the same show that made Snow White a badass, Little Red Riding Hood a sexy, possibly bisexual werewolf and made me be attracted to the Evil Queen,who I used to hide under a blanket from as a kid. So seriously, OUAT? How did you do so bad at modernizing Belle? Women shouldn’t be giving their abusers so many second chances. Are you guys watching Jessica Jones? Everyone, including the writes of this shit, should be watching Jessica Jones or get a stern speech from Det. Benson. That also sums up my opinions on Zelena impersonating Marian and knocking herself up via Robin.

So, should I address the questions I get asked so often about this show from my Rumbelle shipper friend and my dad (he has a DVR) of if I hate this show so much why do I still watch it?

As I told my Rumbelle friend before we watched this episode, unintentional queer subtext, Lana Parrilla’s face and J-MO’s arms. 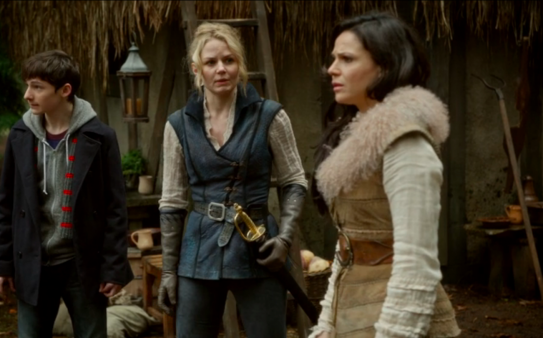 I try to be less shallow around my dad, so my answer is a bit more difficult. I usually tell him, it is because this show used to be good and back when it was I got invested in Emma, Regina, Snow and Charming, multiple side characters before they disappeared and Stroybrooke itself before it turned into the lame ass, barely held together town.

Maybe I still watch this show because my first ever femslash ship I freaked out about was Sleeping Warrior. Maybe it is because it used to be a cool, darkened, feminist version of all the Disney movies I loved as a child. 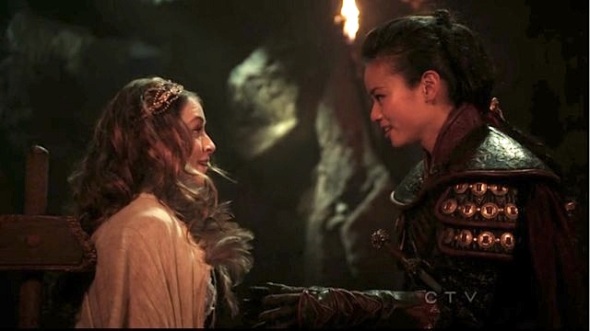 I am over wishing this show will ever return to its season one glory and sometimes I get concerned that I am contributing to racist, homophobic television by continuing to watch this, but I am going to watch 5B. Because I love Emma and Regina and apparently Mulan and Ruby, the show’s undeclared queer element, are going to be back and it is going to introduce Meg and Hercules, which are another of my childhood favorites. I doubt the show will do them justice but I still want to see what it does.